This week in label approval history, Gigantic redeems itself, Floridians get frosty, a ghost ship haunts the ocean blue, and a squirt of hop juice make our collective eyes burn. Let’s get to it!

The following labels were registered with the Alcohol and Tobacco Tax and Trade Bureau during the 2nd week of 2015. They have been selected for their aesthetic appeal or simply because I thought they were really cool. 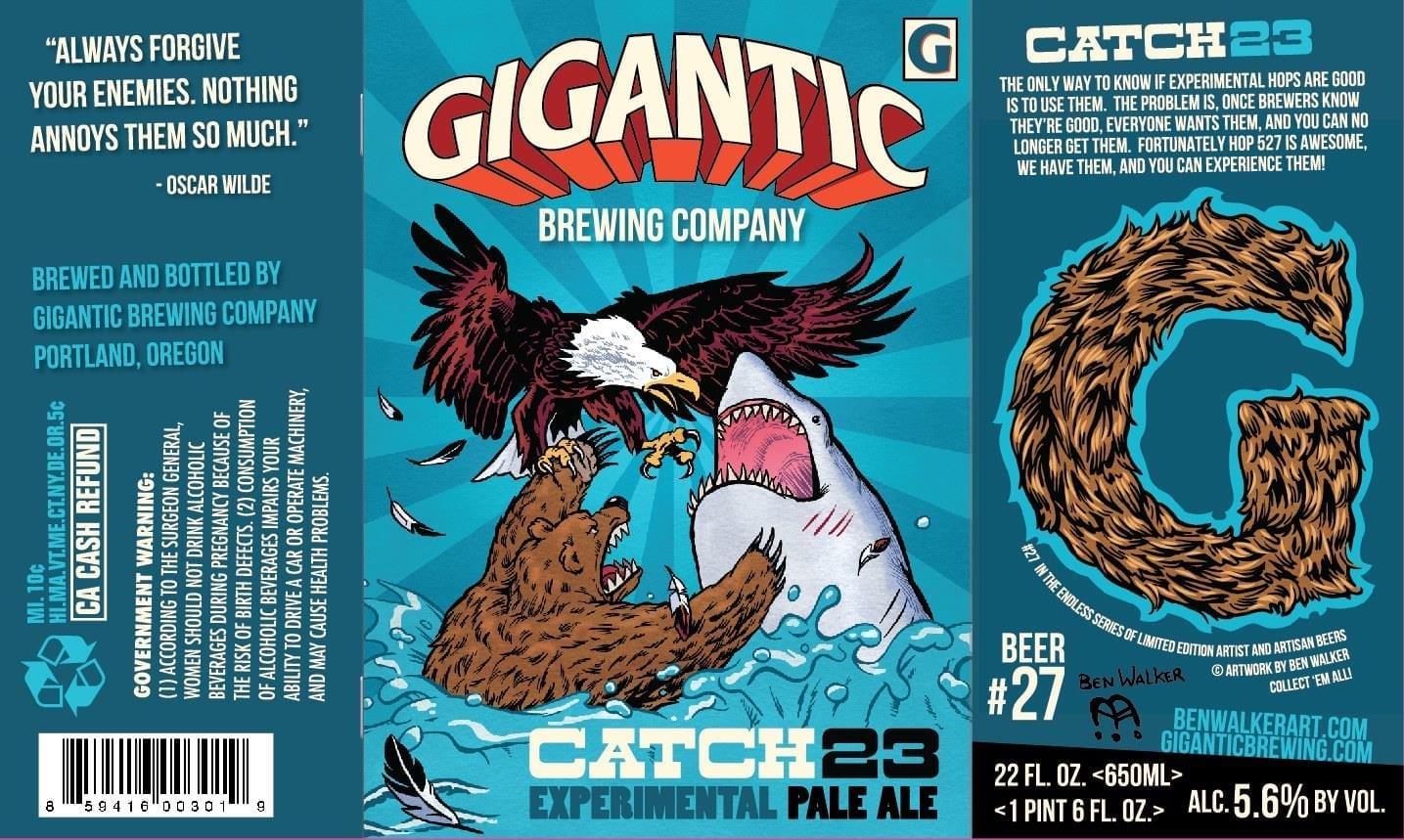 If you’re a regular reader, you might recall that I named a Gigantic label my Eyesore of the Week very recently. That label was also from their Limited Edition Artist and Artisan Beers series. But if you come to the table with a bear vs. eagle vs. shark fight scene on your label, you bet your ass I’m going to lead with it as a “Best Of…”!

I’m on Team Bear, by the way. But I do wonder how he would fight in the water. Doesn’t seem very fair.

This label is by San Francisco artist Ben Walker. I highly recommend visiting his Redbubble store. He’s got some really cool stuff.

Catch 23 – The Best Beer Labels of the Week? Thanks for the love @beerlabelsart 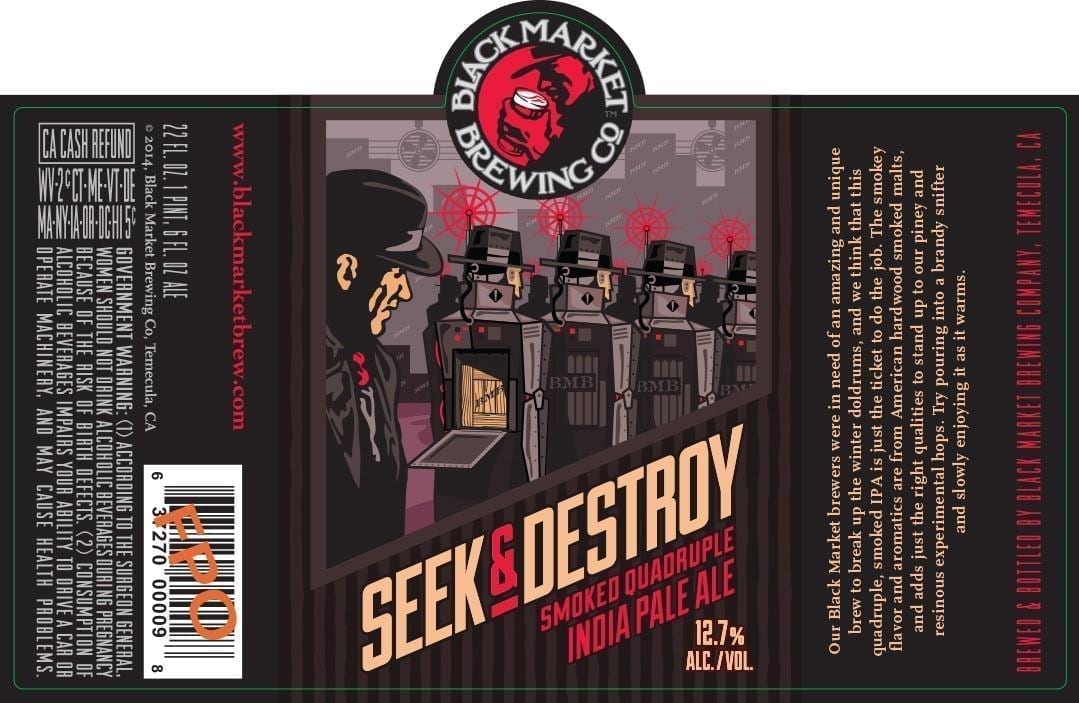 Black Market Brewing’s labels all have a similar theme: Crates of BMB beers are loaded up into vehicles and other transport for clandestine delivery. A prohibition-era gangster supervises the loadout in the foreground. Here we have an army of robots loaded up with Black Market Brewing crates set to “Seek and Destroy”. 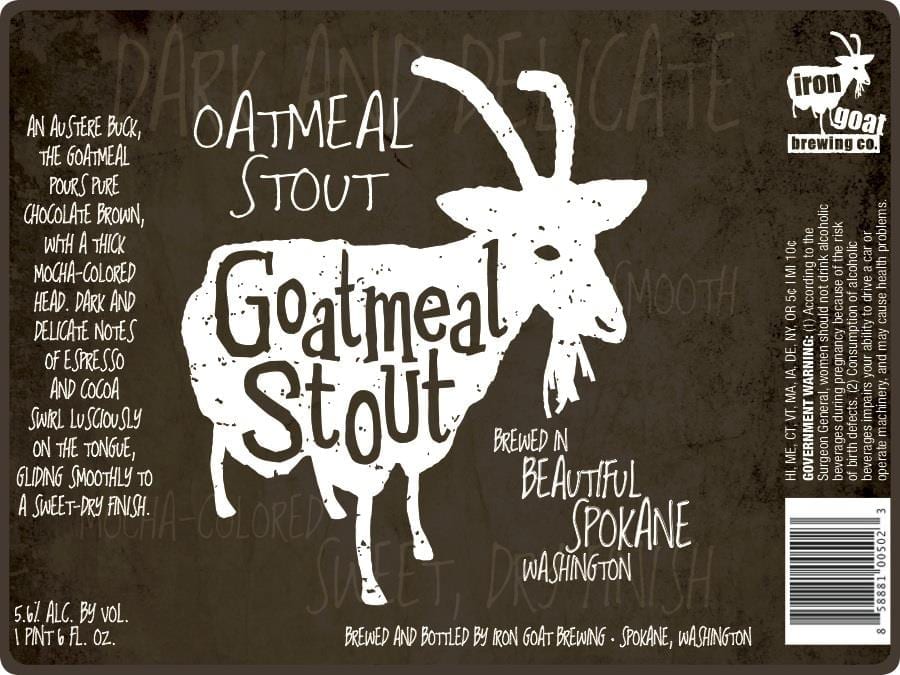 This guy’s pretty straightforward. Iron Goat makes an oatmeal stout and calls it “Goatmeal”. It’s clever and I like that goat. 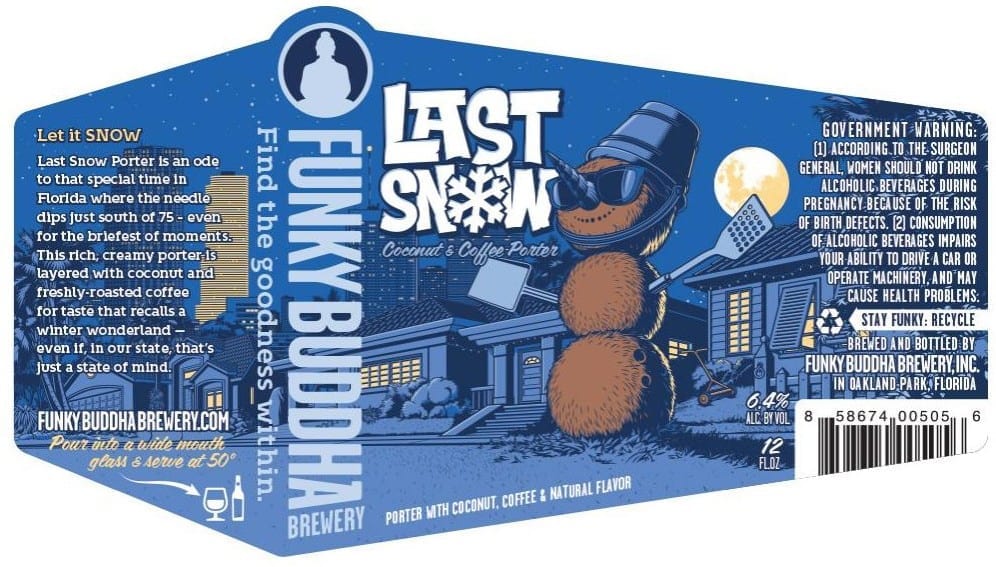 It’s been another tough Winter here in Chicago with some extremely low temperatures. I always wonder what it must be like to experience Christmas time in a climate that doesn’t actually have snow. Funky Buddha is a Florida brewery and Last Snow is a salute to the time in Winter when “the needle dips just south of 75”.

I love how the shape of the label plays off the perspective of the street scene.

If Floridians need to resort to building a snowman out of coconuts, I don’t feel too sorry for them. 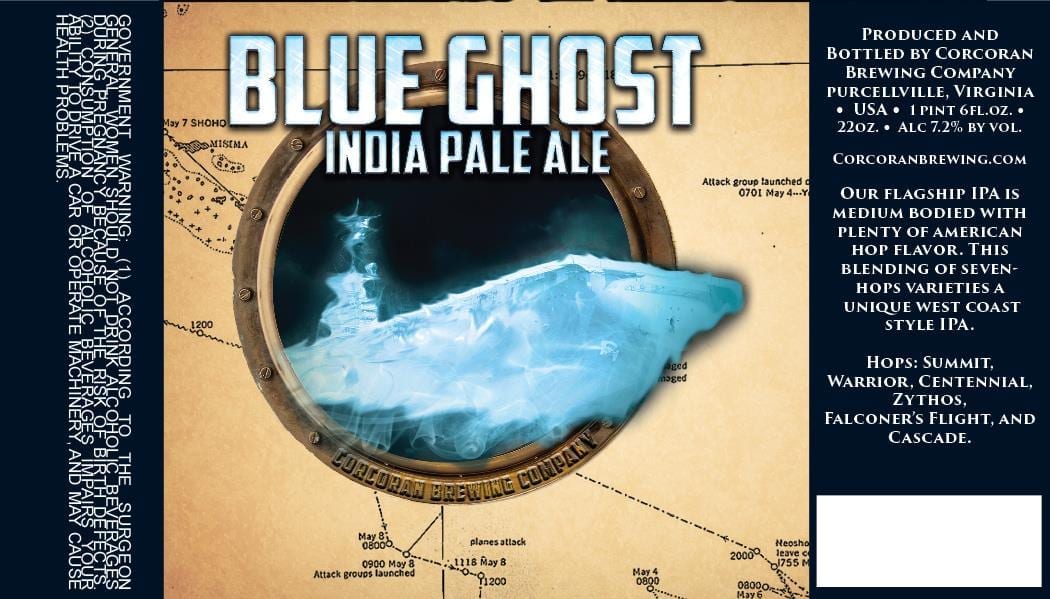 Can you imagine seeing this smokey ghost ship sailing across the night sky like an updated Flying Dutchman? It’s a chilling and spooky image.

I was really surprised that there wasn’t any historical background to support the imagery on this label. Is this a sunken aircraft carrier from WWII? Is there any significance to the bit of cartography featured in the background? I’ll have to contact Corcoran and ask. 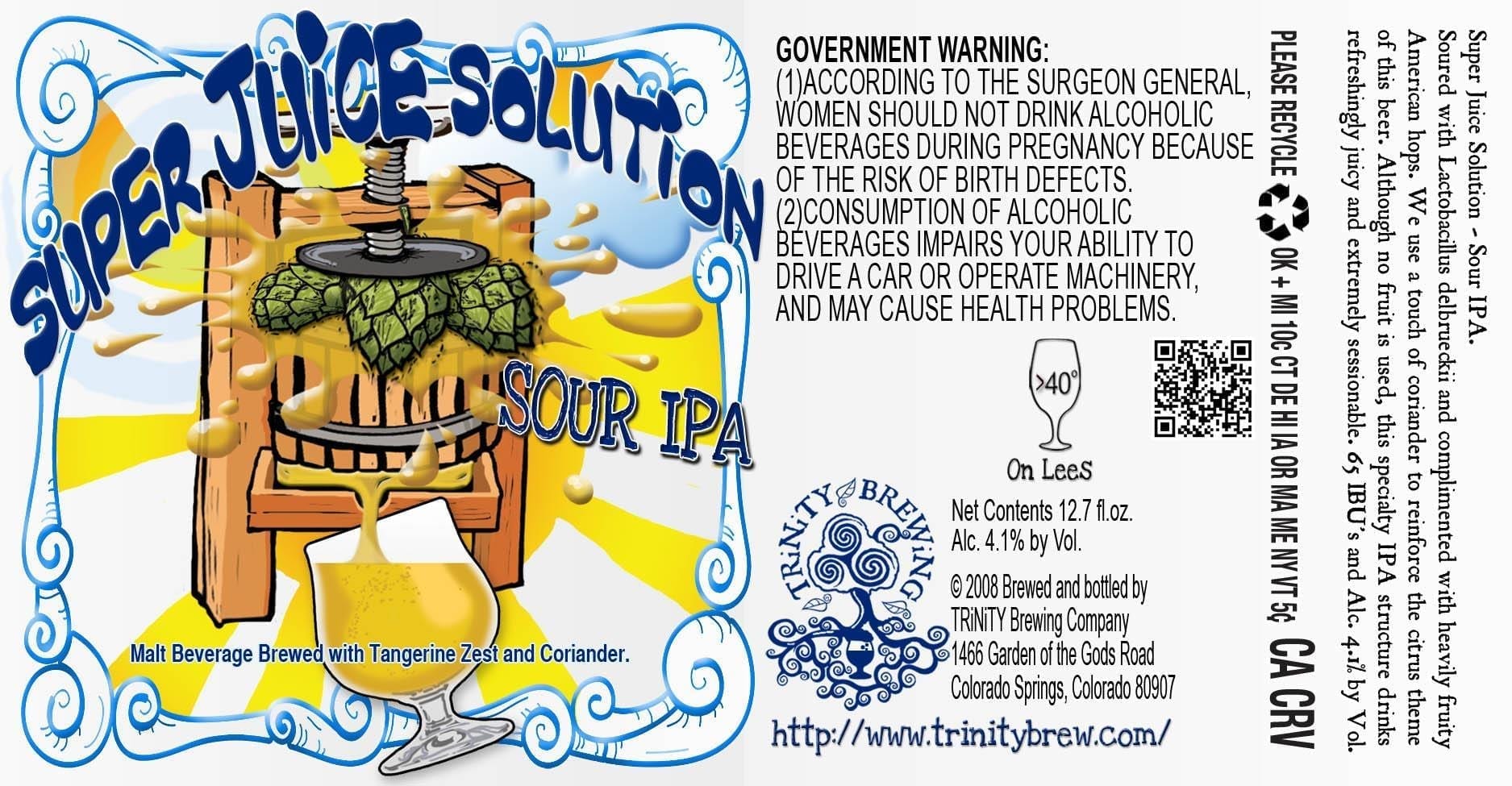 I feel as if I got hit in the eye with burning liquid from this week’s Eyesore. Why do the “juice” and clouds have the emboss filter applied to them and the rest of the illustration is outlined cartoon style? Why would the hops be outside of the fruit press? They don’t look like they’re being squished. How many fonts can you count?

I feel like there’s a million ways you could portray “squeezing juice out of hops” that would be more visually appealing. This is just awkward, ugly, and ill-conceived.

I do like the cloudy swirls that form the border, however.